Yesterday, as part of Intel Innovation, Intel introduced the 13th generation Intel Core processor family, known as the Raptor Lake CPUs. This generation is headed by the Intel Core i9-13900K, which is currently crowned the fastest desktop processor in the world.

This new generation includes six new unlocked CPUs with up to 24 cores and 32 threads, and clock speeds of up to 5,8 GHz. Led by the launch of Intel Core 'K' processors, the 13th generation of Intel Core will be comprised of 22 processors and more than 125 associated system designs, for an experience like no other. compromises in both application performance and platform compatibility.

13th Generation Intel Core processors are supported on motherboards with Intel 600 series chipset and the new intel 700 series. In this generation, support for memory in DDR4 format is maintained, as well as with DDR5 memory.

Based on a mature Intel 7 process and hybrid x86 performance architecture, 13th Gen Intel Core desktop processors enable better system performance, even under the most demanding multitasking workloads. This includes up to 15% more performance on a single thread and up to 41% better multi-thread performance. Intel's performance hybrid architecture brings together the fastest performance core (P-core) along with up to twice as many efficient cores (E-core).

This enables a better gaming experience with the new Core i9-13900K, continued advances in content creation performance with up to 41% better performance across multiple compute-intensive workloads, and a better overclocking experience. Intel has also updated Intel Speed ​​Optimizer to support 13th generation processors so you can overclock with minimal effort. Its Intel Extreme Memory Profile 3.0 ecosystem offers a wide selection of modules that, combined with Intel Dynamic Memory Boost, offer a hassle-free memory overclocking experience.

On unlocked i9s, Intel Adaptive Boost and Thermal Velocity Boost technologies are also added, which increase processor clock frequencies based on power and thermal headroom during a given workload. The Intel Core i5, i7 and i9 also include a higher number of efficiency cores, for better multi-threaded performance and a better multitasking and mega-tasking experience. DDR5 memory support is also expanded, up to DDR5-5600 and DDR5-5200, while maintaining compatibility with DDR4. Finally, some models include up to twice the L2 cache and higher L3 cache compared to their counterparts from the Alder Lake generation.

Both 13th Gen Intel Core Raptor Lake 'K' CPU processors for desktops and Intel motherboards Z790 they will be available starting October 20, 2022. This includes the sale of boxed processors, motherboards, and desktops. Intel advises that more details about the rest of the 13th generation Intel Core processor family will be released later. 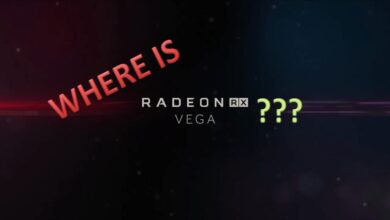 What is it, what is it used for and how to generate a QR code

Intel Basins Falls has a pass, but is the Intel Coffee Lake really necessary?