It is a company of American origin founded by Robert Noyce, Gordon Moore and Andy Grove. Its name comes from the abbreviation of Integrated Elelectronics Corporation (Intel).

Intel is the company that invented and developed the x86 architecture. This architecture is currently used for desktop and laptop computer processors. The company also dominates the market for processors for servers and data centers.

Over the years the company has been expanding to other segments. They have developed chips for 5G networks, although this division was sold a few months ago to Apple. They have also been introduced in the market of NAND Flash memories, although they have sold most of this division to SK Hynix.

The company a few years ago acquired the Mobileye company in its attempt to enter the market of autonomous vehicles. Just over a year ago they acquired the Israeli company Habana Labs to enter the segment of the Artificial Intelligence.

A little over two years ago, Intel signed Raja Koduri, who was head of the graphics card division of AMD. Since then Koduri has been working on his dedicated graphics cards that could debut in 2021.

The company was born on July 18, 1968, created by Gordon E Moore, who established the famous Law of More and Robert Noyce. Shortly after, the chemical engineer Andy Grove joined, who directed much of 1980 and 1990. The processor that opened all the doors and that was a pre and later for the company, was the Intel 8080. The company is currently run by Bob swanwho is the current Intel CEO.

Intel is currently manufacturing 14nm litho processors, or what is the same, the size of the transistors. They are in full 10nm development, but many problems are being found, to make the leap to this lithograph. Despite the fact that the division that generates the most income is that of desktop processors, the company has special processors for servers, laptops, embedded equipment, Internet of Things or special solutions for Artificial Intelligence and Deep Learning.

They are not the only segments in which the company operates, since they work on solutions that allow it to offer a greater range of products. Currently they are in full development of 3D XPoint memories, memories that are used in hard disk and that may be used in the future as RAM modules and that will offer great working speeds. They are also developing a dedicated graphics card, one of the great failures of the company, since so far they have had zero success in this field.

What is ZombieLoad, the new vulnerability of Intel processors?

Unboxing and specifications of the Western Digital Caviar Blue WD5000AAKX 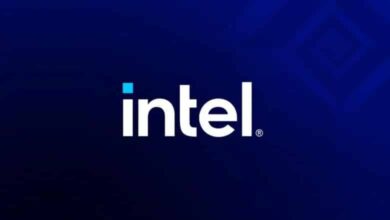 Intel shows all its news from CES 2022