“It's a launch at the wrong time that frankly doesn't make sense” “Waste of money” “It's not a new hope for gamers”. These were some of the phrases we read in the analysis of the latest GPU from NVIDIA. In case you haven't read any reviews extensively, but still have your doubts: is it really that bad, and why did it disappoint many? Here I answer you in a more summarized way, with raw data (and also a bit of my own opinion) what aspects make this GPU an absurd launch by the graphics card giant.

At first all this might sound great; While 12GB is not what you would expect from an enthusiast GPU in 2021, (the Titan X was already at 12GB in 2015 for an MSRP of $ 999), benchmarks show that it is not something to worry about for most. the people, and you pay $ 300 less for practically the same performance. So why do you hate 3080 so much? As I see it, the poor reception of this GPU is due to two things:

RTX 3080 already exists; that yes, now it is 10 GB of VRAM instead of 12 GB, and that it has an FPS deficit of 8% compared to the 3080 ti; although this is justified by having a recommended price of almost half: 699 instead of 1199. The power deficit is still not significant, but we get much more graph for every dollar / euro invested. In fact, many people expected this 3080 ti to launch at a more reasonable price of $ 999.

However, this does not seem at all to be a sufficient reason for the serious criticism that the successor to the 2080 ti has received. This happens with all CPUs and GPUs, all the time! The performance / benefits you get are not proportional to the price you pay. If you want the best cost-benefit ratio, you are doomed to buy low and mid-range products like the 3060 ti, 3050 ti and 3050.

High-end GPUs are much more expensive because they are for an audience that is willing to pay huge amounts in order to take the graphics and FPS of their favorite video games to the maximum. Call it consumerism or whatever you want, but it is a market that has always existed, but has been so demonized in the past; look for the reviews of GPUs like the 2080 ti, 1080 ti, 980 ti, 780 ti, etc. if you don't believe me. So if MSRP isn't the big issue, what is it? Perhaps many already imagine it, but I will explain it to you below.

NO STOCK. And I put it in capital letters because it is key. NVIDIA can't meet today's demand for graphics cards, What makes you think that producing another model based on the same few chips will alleviate the situation?

Obviously NVIDIA did not release the 3080 ti thinking that this would alleviate the situation. Rather I (and many other people) see it as a way to ignore the problem that the charts are very scarce and the few that exist have prices that are two or three times the base price. It could even be interpreted as a consumer deception since in their conferences they boast that for example their new RTX 3080 ti has a price of $ 1 despite the fact that in the best of cases you will find it 199% or 50% above of that price.

Knowing NVIDIA, the wisest thing to do is assume that They are trying to get as many models as possible, so that when thinking about buying a video card, users only see NVIDIA, NVIDIA and more NVIDIA. Let's be honest, we don't need a new graph whose power is between two existing graphs, which are only 12% apart from each other. In the same way, we do not need a 3070 ti that does not contribute anything to the market.

Without an attractive price, without more VRAM and above all; without good availability; my expectations are that the 3070 ti will be the same or even more attacked by the specialized hardware press. Even without the current problem, having an excess of SKUs is a bad thing for users who buy PC components; in my opinion, if a brand wants to be competitive without changing architecture, it should cut the price of its current products instead of launching new ones.

For example, the Nvidia SUPER series was not required, but of course the brands in general prefer launch new models to receive attention in the form of news (and later analysis), at the cost of causing a lot of confusion among the most beginners, and even some more experienced users. So to conclude: today the priority should be to solve the shortage of graphics chips, not to fill the market with unnecessary products. 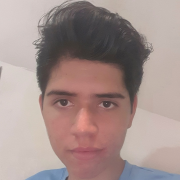 Mexican passionate about PC hardware and technology in general but also interested in sustainable development. Other tastes: electricity and electronics, learning languages, politics, clean energy. My favorite video games? The GTA and Battlefield sagas. I consider myself modern in how much thought, but not an anarchist at all.

AMD does not finish presenting the AMD RX Vega and NVIDIA delays Volta, why?