Cloud storage has been around for a long time and yet for the most part it remains the same. But not long ago, an Italian company has unveiled a device that they promise will reinvent cloud storage as we know it. As I am somewhat suspicious, I decided not to fall for the trap and give it a try.

Privacy. No monthly fees. Eco-sustainability. A ton of storage space, accessible anytime, anywhere, no matter what. These are the claims of Cubbit, claims that so far have helped them raise just over a million dollars on Kickstarter and Indiegogo and more than 10 million in total funding. Are these claims supported? Let's see.

First things first: Cubbit is not what you think. When I say cloud storage, what you are probably thinking of is some kind of service software like Dropbox or Google Drive. You get some GB for free and if you exceed the threshold-limit you have to pay. Not with Cubbit, at least until recently.

Cubbit is what is known as a peer to peer cloud storage service. Think BitTorrent. Like BitTorrent, Cubbit is based on a distributed infrastructure. To access the service, either you have a node or you use someone else's node. The same goes for Cubbit. To use Cubbit, either you have a Cubbit cell, in which case you only make a single payment, or you use the Cubbit software as a service application, in which case you pay monthly.

What is a Cubbit node? They are what they call the "Cubbit Cells." Basically, it's a hexagon-shaped storage unit that for just $ 419 gives you 1TB of cloud space, no monthly fees, with a 4-year warranty. But it's sure?

Cubbit may not be as fancy as Google Drive, but it is certainly safe. Unlike other services, they apply a "can't be bad" approach to your data. In short, they cannot see them, even if they wanted to voluntarily. And they do their best to make sure of it.

In the world it is known as zero knowledge cloud storage. It means that the service provider cannot snoop on your stuff, as your private information never reaches their servers. Normally, this means that it stays with the user, such as the home computer, which means that you cannot access it when you are away. But Cubbit has a solution.

Instead of storing your data on its own server, as Google does, Cubbit encrypts it and spreads it through a peer-to-peer network of Cubbit nodes - Cubbit Cells.

As a consequence, no one can access your files without your explicit permission. It also means that small pieces of your data are in other people's Cubbit Cells. Chilling, right? But if you think about it, it has always been that way. Your Dropbox files are not only stored on Dropbox's servers, but they are also accessible to Dropbox, the company, and all of its employees. This does not happen with Cubbit. Why?

Because whoever hosts your data in their Cubbit Cell only has a small part of your files. And this chunk is encrypted, and they don't have the encryption key. In fact, nobody but you has it, since the encryption key originates from the client

La encryption "end to end" and "zero knowledge cloud storage" are not the only purpose of Cubbit. Respect for the environment is fundamental in his vision. Another thing Cubbit says about their service that caught my eye from the start is that Cubbit is green. How green? Isn't traditional cloud storage already green? Well no.

Today, cloud storage consumes about 250 terawatt hours each year.. And this excluding the effervescent market of cryptocurrencies. If you do the math, it is almost as much energy as Spain consumes annually. So no, traditional cloud storage isn't green, and it never has been. After all, it's a bunch of remote, always-on servers, why would it be green?

In fact, why should Cubbit be green? Is not the same? Cubbit's network also remains on to function. And then why is Cubbit greener? The big difference is that the network is peer to peer. Being distributed, Cubbit is more energy efficient.

When you save a file to Dropbox, it is stored on a Dropbox server. Where exactly? It's an unanswered question, as traditional cloud service providers don't say where their servers are located. But the point is, unless you live near a Dropbox storage facility, your data is most likely stored in some other country who knows where. This has strong implications considering that most of the energy consumption in data centers comes from the transfer of this data.

On the other hand, when you save a file in Cubbit, a good part of it is stored in the Cubbit Cells closest to you. Therefore, when you want to access your data, it will take a much shorter trip around the world. In short, Cubbit is a zero kilometer cloud.

Compared to most traditional cloud providers, Cubbit has three cool features that make it stand out from its competitors:

Should I get a Cubbit Cell?

If you are one of these people, you should get yourself a Cubbit Cell:

After all, if you are a lover of technology and you believe that privacy is important, Cubbit is made for you. .

And if you haven't made up your mind yet, you can consider taking advantage of their 30-day warranty and money-back trial, not forgetting that right now you can try Cubbit with a 15% discount. As an icing on the cake, they also have free shipping, a 4-year warranty, and their customer service is very good.

You can get a Cubbit Cell with a 15% discount by doing click here and inserting the code HARDWARESFERA15 on the payment page.

An Intranet Cloud. The alternative for working and storing company files in the Cloud.

What is HyperThreading or SMT

What to consider when buying a television 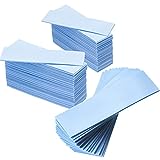 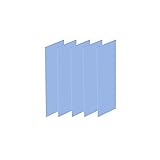 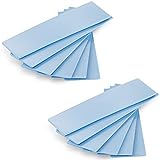