Telecommunications engineer sounds like one of those jobs that a lot of highly educated people hold. But ordinary people do not fall into what he does and what his work is. By his name we understand that he is specialized in telecommunications. But what does that imply? What can be considered a telecommunication?

In this text we are going to explain what is commonly referred to as "teleco" for short, their work, the necessary studies that must be completed and even their job prospects.

What is a telecommunications engineer?

A telecommunications engineer is a person specialized in the field of remote communications. His work consists in being informed of the needs of telecommunications devices and solutions. Whether technological or based on a telephone network, and knowing how to apply them in the necessary use cases.

His studies are based on a degree in Telecommunications Engineering. This career is positioned as one of the most demanded due to its current usefulness, prospects for the future and the highly interconnected future that is predicted we will have. Today, a future full of metaverses and massively multiplayer games that require well-developed and optimized infrastructures in which low latency will be paramount is in sight.

It will not be uncommon to increase the number of server centers in all territories to minimize latency, even if it is in milliseconds. This is why telecommunications engineering is postulated as a job opportunity with a broad future short and long term.

Activities and functions performed by a telecommunications engineer

telecommunications engineers design, research and develop remote communications systems, be it via cable, via satellite, through mobile phones, radio waves and more. One of his tasks is to design telecommunications network infrastructures. These are usually coaxial cables, fiber optic cables or systems with braided cables. His work is supported by basic manual work tools such as pliers or more complicated as micro-welds.

Speaking of slightly more specific tasks, a “teleco” is in charge of designing and managing fiber optic transport networks and data centers to support access networks. It is also in charge of implementing and evaluating telecommunications networks so that access is quick and easy.

Another of its tasks is the development of services in telecommunications applications and content distribution systems on the Internet. This is to generate ecosystems and prepare the teams so that the distribution of data and files is fast, efficient and reliable. In this age of remote work, they have had a lot of demand for the installation of NAS of companies and remote support of worker systems, which must connect to a VPN to access the company's server. Although before the pandemic they were already in high demand for the installation of proxy servers to monitor all the movements of workers and the use they make of the company's internet.

They are also responsible for analyzing the traffic of multimedia content and related protocols to later adjust the servers to the real demand of the company. Another task is to evaluate the solutions and tools for ethical hacking, biometric authentication, digital evidence and analysis in the field of computer security. Put simply, maintain the security of access to the servers of large companies. In these years of remote work, they have had to make their servers accessible to workers from home, thus opening a vulnerability to malware.

In general, they carry out projects that seek to solve users' problems by satisfying their needs in the field of telecommunications. This is that they are the most experts in the hardware and software section of internet access, network maintenance and communication between devices.

One of the tasks that the most advanced telecommunications engineers carry out is the maintenance and expansion of network infrastructures for cloud services. It is expected that there will be more and more data centers distributed throughout the world geography. An infrastructure that manages to improve latency in a few seconds can be highly demanded.

An example of this is the project to build a fine cable in a totally straight line from New Jersey to Chicago, where company futures are bought and sold. A totally straight line compared to one that surrounded mountains ensures a 3 millisecond lead relative to the rest of the stock market so that Spread Networks' Dan Sivey could anticipate future price changes. This is why we can expect server switchboards distributed throughout the American and European geography to be increasingly common. With this, they can provide job opportunities to cities with a low population in critical places for data infrastructure.

Where can a telecommunications engineer work?

A telecommunications engineer with completed studies easily has a wide range of job opportunities. We can give several practical and close cases so that people who do not understand the most complex tasks well, know what they are doing.

A building made up of a school and an institute wants to have an intranet to be able to send documents between the secretariat and the teachers' computers and to be protected against hacking. One of its needs is that computer rooms control the websites that students access, not with a black list, but with a white list that only allows access to websites that have been previously allowed by teachers. In this case, a telecommunications engineer can install and monitor that a network infrastructure is reliable and that it has ideal bandwidth to meet the demands of an entire classroom going to a teacher-accepted website.

In a company, a telecommunications engineer will install a proxy server that monitors the uses that users make of the internet. Without restrictions, but knowing what percentages are for social networks and non-essential websites and which are websites that are vital for the operation of your work, you can install the proxy server. Visits to non-essential websites can also be allowed during certain periods that the worker self-designates through dedicated software. The company's internal computer maintenance team may attend in the most minor and common cases, while In more serious cases, a telecommunications engineer will be needed. that will be able to detect the problem and prepare the infrastructure so that the problem does not repeat itself.

These are simple and very close examples for citizens. In the case of more advanced companies dedicated to the management of online services, those who have a telecommunications engineering degree They will be in charge of giving advanced support to companies that want services in the cloud.

What is the DisplayPort port 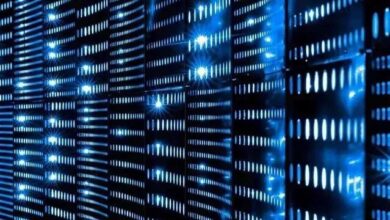