If you want to renew your mobile, but you don't know exactly which model to change it to or what should a mobile have, this guide can help you. We start from the fact that you want a better mobile than the one you already have, which is entry-level or low-end, some years old and that the battery begins to suffer.

We are not looking for one that costs more than 300 euros, since many that do not even reach 200 euros have all these benefits. If you know how to look for models from brands such as Realme or Xiaomi, more thought about selling you a mobile ecosystem of other apps and gadgets such as wearables, you will find that terminal that adapts to you and it will be a great improvement compared to what you have.

At least 3 GB of RAM in your new mobile, preferably 4 GB

Today, having a smartphone that only has 2 GB is the equivalent of having one that will work in moments. It does not matter if it meets any of the other features, only 2 GB will be insufficient to have apps in the background and you will be constantly restarting them. You will quickly have problems such as not even receiving notifications from WhatsApp or Telegram, or not loading a light launcher like Nova Launcher, because there is not enough RAM to do background checks.

An App like Spotify in a second can easily need more than 1 GB, and that leaves very little for any other app or the Android operating system itself. At 3GB, there's enough to run other background apps like Pokémon Go. But many models offer for a low price plus a 4 GB or even 6 GB model, which with that amount of RAM you will not have problems with apps in the background for years.

Today mobiles can be great multimedia tools. You can watch series, movies, listen to music and podcasts, or read comics, books, and manga. You will need a lot of space for it, but do not let that condition your purchase to one with a larger size but with less features or more expensive than what you need.

Currently all mobile phones have memory expansion through a MicroSD card, which are becoming cheaper and faster. A 64 GB one easily doubles the space of many mid-range terminals or flagships. It is a good solution to any storage problem, since almost all apps allow you to read data or be executed from a card.

An NFC is one of the additions that few people consider useful on a mobile. It is not useful at first glance but little by little they have given it uses. The simplest is the integration with Google Pay, with which if you join a card through your bank's App, you can pay with your mobile phone and much faster. It seems like a huge nonsense or something that you will only use two or three times, but you can make a quick trip to the supermarket and take only the phone instead of the wallet.

Now that metropolitan public transport is introducing NFC cards as a form of payment compared to paper, the apps themselves let you consult it. An example is that of Metro de Madrid, which informs you of the balance that a card or subscription has, and when it is your turn to renew the validity of the card due to its expiration. There is still so that you have your transport subscription on your mobile, and not precisely in the case

Another addition that few take into account when having a new mobile. Very surely when you buy one, don't even know you have it, but it is extremely convenient. Simply, after a fingerprint registration session of yours, you will be able to access your mobile.

This can give you an additional layer of security, since you can enter a really complicated password or pattern but unlock it by simply reading your fingerprint. But don't put in an impossible-to-remember pattern for potential reading problems.

An alternative that he wanted to put was facial recognition, but this had its problems. With a photo of you they could enter your mobile, and in some experiments with twins, the face detection software does not distinguish them.

Fast charging for your new mobile

Fast charging is something more and more common in new terminals with USB-C. Its name says it all: it quickly charges the battery so that if shortly before leaving home we remember to charge it while we are getting ready to go out, we will quickly have an hour or two of use that can be useful.

Ultra Fast charging has been on the market, but this leads to increased battery drain if it is used a lot, and its effects began to be noticeable after two years of use. For now, fast charging is a feature that you will appreciate a lot on your mobile.

Many ISP routers offer us a 5G connection mode, with the same password as the normal 2,4G. What's the difference? Data transfer speed. We will load everything much faster in WiFi connections that support it.

Nowadays, most of the advances in mid-range mobiles and flagships are focused on cameras and the ability of processors to handle your most complicated software. It is a trend today because it is shown that we have reached a point where many more GB apart from what is necessary are not perceptible for the bulk of users.
But the camera is the most widely used, whether for facial recognition software, QR code reading, Google Lens ... Or directly photos on social networks like Instagram or Twitter. But what makes a good camera? The quality of the sensor is the key piece, and today they make sensors for good quality flagship models. If you think it is Megapixels, that only influences the size of the image, but without a good sensor, the quality will not be up to par.

To stupid that today a new mobile does not have Bluetooth. But it is possible that a mobile does not have it. Although it is an old technology due to its antiquity, Bluetooth is still used a lot. One of its strengths is the connection with wearables, and that is the low-priced smartbands but from official manufacturers to have silent notifications or to make a basic monitoring of your activity and your hours of sleep.

Then there are wireless headphones and earphones. Ideal for listening to podcasts on public transport without cables in between, or watching a chapter of a series during your break. It is true that lag and sound quality suffer less with the classic 3,5mm minijack cable, but Bluetooth sound is always much more comfortable.

And these are some of the possible examples. Accessories via Bluetooth for mobile phones are the order of the day, such as a mobile POS so that small freelancers and occasional shops can charge with a card without having to pay a plan for a professional POS to the bank.

With the amount of energy that modern versions of current apps consume, going below 4000 MhA is having a mobile that will leave you stranded, and you will always have to carry a powerbank. 4000 MhA is enough for a current mobile, although for a little more, but following our initial budget, you can access 5000 MhA models.

With that battery capacity, you will be able to go out for a whole day without worrying about having to carry an additional portable battery. And is that today, apps consume not only more RAM, but battery; than five years ago. They are much more complicated, faster and efficient and that has a considerable energy cost.

Availability of housings for your new mobile

This is another point that seems silly, but knowing that a mobile is something personal, and being mass-manufactured it may not be as much as you expect, a case will help you differentiate your mobile from the crowd. The problem for smaller manufacturers is that they are underrepresented in carcass stores, either mass-produced or custom-primed on a base.

Although many models come standard with their casing, but you will want a more colorful one with something from Disney, anime or Marvel that you like. Or you want it to have a finger ring to prevent it from falling off. Or hang around your neck. All this is appreciated and therefore we do not recommend that you buy a mobile from a brand with little representation in stores. Today, the most popular brands in Spain are Huawei, LG (despite having closed its mobile division recently), Realme, Xiaomi and Samsung, along with Apple. In addition, if the model is really old or a very experimental one and is far from the flagship, we will have a smaller assortment of cases.

AMD does not finish presenting the AMD RX Vega and NVIDIA delays Volta, why? 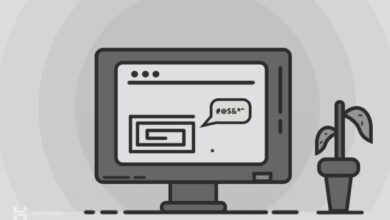 How to fix ERR_TOO_MANY_REDIRECTS in WordPress