History is full of winners and losers. Today we remember those consoles that are on the list of biggest losers in history.

Selling millions of units is what a manufacturer expects from their console to encourage developers to make games on it and collect royalties. If you have many consoles on sale, congratulations, you are a success ...

But here we are going to talk about the consoles that were not a success. Those that had ridiculous sales on their own or that despite the expectation they generated thanks to the pedigree of what preceded them, they obtained ridiculous sales. Because the history of video games is extensive, there are many, but we are going to stay with the well-known failures. There are many consoles that ate the snot in sales, but if they did not have promotion or serious expectations placed on it, or they objectively sold few units but by then the consoles did not sell much, they do not enter this list.

You nintenderos will look at the figures and say, “But it has sold almost 14 million!“. Indeed, but although it has sold much more than the consoles that enter here, we put it above all because of the expectations that were for it. The successor to the almighty Nintendo Wii. That console that had sold almost 100 million units before and had made many people want to play video games even if it's just Wii Sports.

Of course, expecting the Wii U to have the same amount of sales as the original Wii was impossible. If that reaches forty million to be considered a success... But it didn't even reach half. Their sales were so low that as soon as the Nintendo Switch came out, they forgot about Wii U and began to port their games to 3DS and Switch. Today there are only a handful of games left to port that already have better equivalents on Nintendo Switch, others that would be complicated because they were designed to use two screens, or that nobody wants. I mean… would anyone really want Sing Party, Star Fox Zero or Devil's Third?

In addition, they generated a lot of distrust for the Sega Saturn. There was not much confidence in these accessories except with the SegaCD because games on FMV were all the rage. They had their games like Popful Mail or Night Trap, but it is difficult to find titles that justify buying an add-on for the console and that their biggest selling point is not that they sell you cinematics like those of Dragon's Lair.

Another of those small consoles that had very few sales, seeing that it took two years to disappear from shelves and barely received games. A low-priced miniconsole dedicated to Pokémon fans with entirely Pokémon games? It could work seeing that Pokémon had a lot of fans who didn't play the games and liked them because of the anime or the card game and the price was not high.

A very low risk and reasonable expectations, but apparently it did not succeed all they expected. But for the price they were asking, people could save more and get a Game Boy Advance with more games and deeper. Only four games of the Pokémon Mini came out for the American version, five in the European one. Of course, the ten that were created came out in Japan.

Really, the only reason this console is remembered is because it was made by Apple in collaboration with Bandai. We already knew Apple in 1996 for its quality desktop computers that were beginning to be widely used in offices due to their versatility and focus on office automation and image and sound editing.

Now ... how does that translate to videogames? Apple He already had some experience with video games before focusing on office computers and decided to collaborate with Bandai to create the Apple Bandai Pippin. It only had 23 games and the most affected were the Europeans with only 2 games for the Apple Bandai Pippin launched in our territory. They confirmed that only 42 units were sold, and they expected so much from it that they created more accessories than consoles had been sold. Surely the Apple Bandai Pippin isn't something Apple wants to brag about much in its keynotes. But it seems that they have redeemed themselves with the Apple Arcade for iPhone and iPad, which is competently priced and has a good amount of games.

Atari has had many, many failures throughout history. Yes, with the 2600 they practically created the video game market in the United States but they abused their monopoly so much that they were an important part of the crash of '83. floors. They were always the red lantern but this is their most notorious case.

They didn't sell even half a million units and many games that once sold for Jaguar ended up on other platforms where they achieved notable success. I mean… Would we really have had the Rabbids today if Rayman had always been a Jaguar exclusive?

Despite being a gadget with which to play emulated classic games, it is still a common console because you buy it to play games. Now we have to put ourselves in situation: Year 2018, Nintendo had reaped success with the NES Mini and the SNES Mini, which with their reduced appearance allowed us to play classic and well-emulated games. they were the ideal gift.

Sony did not want to feel displaced and therefore ordered the PlayStation Classic. But it seems they didn't understand that in addition to being dwarf-looking and hackable to be sold as an emulation machine, they didn't tell the producers that it should have a good amount of memorable games and good emulation. If we had classics like Metal Gear Solid, Resident Evil, Final Fantasy VII, Rayman, Tekken and Abe's Odyssee, they gave us games that virtually no one asked for like Battle Arena Toshinden (good 3D, but playable bad with desire), Intelligent Qube, Cool Boarders 2, Revelations: Persona or Twisted Metal. Then, in the field of emulation, let's just say that it had its good bugs and few display options.

It sold so badly that it is possible to find it in stores for less than thirty euros. Its original price was one hundred euros, so they did not understand that Nintendo's retro consoles had a very attractive price and were ideal for gifts.

A book could be written about the Sega Saturn and the episode dedicated to showcasing the disastrous launch would be a big one. The United States expected the Sega Saturn and its launch was announced as “Today” by SEGA at E3. The stores were not prepared to prepare the warehouses or shelves, nor to ask for stock for a console and games that had not generated expectation due to the absence of advertising.

In an age of live streaming this surprise release might have worked, but it was quite a shot in the foot by Sega and undermined trust with retailers. The Sega Saturn sold more than nine million units, a not inconsiderable amount. But sales could have been much better if Sega had given more thought to the idea of ​​making that rush launch with only six games. The console needed a few more months to marinate well. It would not have saved Sega but it could have sold better.

The size of the Gizmondo failure is such that when the console is mentioned as one of the most failed consoles, the background of the console is mentioned. Relations with crime by managers according to some reports, huge launch parties, and many expenses that left millions in debt. Everything for what? For 25 units sold in the most optimistic calculations.

Zero expectation but with one of the lowest sales figures. And we are not talking about when the consoles were grateful to reach those figures, because we are talking about 2005 when even the PSP could sell well. It only had 14 games released, and about 40 canceled because it only lasted one year on the market. And we do not forget that a 250-euro model was sold to us with advertisements, and if we wanted to suffer them, we pledged for the 450 model. Even because of the history behind it, it deserves this bronze position.

It is inevitable that Nintendo, having been in the console market for so long, has one that has been a failure in sales. The Wii U despite being a failure, had about ten million sales and many games. But the Virtual Boy did not reach 800 copies sold and hardly had any games.

Scarce catalog that is counted in little more than a dozen in the United States, and some more in Japan. To this was added the difficulty of selling that Virtual Reality that in reality was not, unattractive games for the public... Today it is the object of collectors and jokes among the most nintenderos. And even Nintendo's biggest supporters will say that playing the console is an almost literal headache. An idea too advanced for its time, but not because it is “revolutionary and difficult to explain", rather "it gave many problems and the technology was not designed for the use they wanted to give it“. Today we have its successor with Nintendo Labo and the Nintendo Switch, which at least doesn't shoot cathode rays directly into your eyes.

Perhaps it is because it is a very recent case, but it is difficult to imagine a greater fall from grace than Ouya. Mainly because of what came before it hit the market and what happened when it came out. To this day it is still one of the largest projects on Kickstarter with 63 patrons paying $ 416 for the Ouya to exist. 8 dollars on average.

What did Ouya do with that money? Make a mini-cup that in the best of cases was the plate worthy of a tablet of what was then high-end, placed in a housing that was controlled with a console control. Even Ouya's own directive said the console was nothing special. Now, what about games? Almost all of them were low-quality mobile games, and at most Towerfall stood out as the only exclusive and ended up being ported to consoles where it would get sales. It is not difficult to imagine that their failure is mainly due to the fact that they failed to offer anything to consumers apart from promises of trying to revolutionize the market with a console full of indie games. These promises could not be fulfilled or did not convince the rest of the consumers. 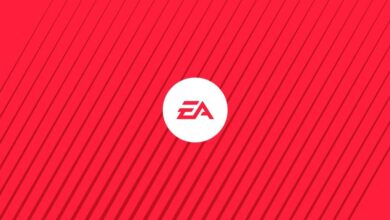 Electronic Arts: "We don't release games on Switch because they prefer to play our games on other platforms"

Sonic's redesign for the movie cost 5 million and no crunch 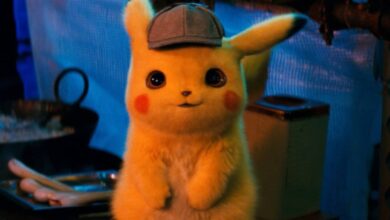 The best movies based on video games 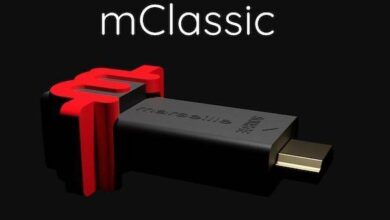 mClassic: A device that promises to improve graphics on consoles