La Ethereum cryptocurrency mining it is becoming less and less profitable for miners who dedicate all their resources to their mining. The average daily revenue provided by an NVIDIA GeForce RTX 3080 Ti graphics card, one of the highest hash rates, has dropped to just $2,8 in factory settings.

This is the data provided by Nice Hash, the most popular mining platform with millions of miners. The daily income of a system with a single graph averaged 0,06392 mBTC, that is, slightly less than $ 3. Nice Hash uses the Daggerhashimoto algorithm, which is a bit old, making it possible to get slightly higher hash rates using other mining algorithms.

With a daily income of 2,8 dollars you can earn approximately 84 dollars a month with a single GeForce RTX 3080 Ti. This is assuming that the price remains totally stable. You also have to ignore the cost of electricity in this case, since depending on the area, electricity can be subsidized.

At this rate it takes 24 months to recover the cost of the GPU, after which Ethereum mining would be profitable and start to make a profit if you don't stop to count the energy costs. Knowing that the Ethereum 2.0 merger will come about halfway through that period, it becomes a very risky investment to start doing it now.

La drop in Ethereum profitability It boils down to two main factors. First of all, the difficulty of mining has increased significantly over the past year as more and more miners have joined the blockchain network, reducing the chances of mining. The ether price it has dropped from $4.400 to $3.400 in the last month, further reducing potential earnings by nearly a quarter of its value. It remains to be seen if this effect is also noticeable in the rest of the cryptocurrencies.

TSMC has had a great financial fourth quarter thanks to cryptocurrencies 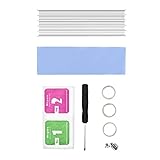 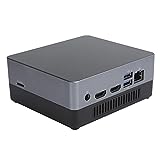 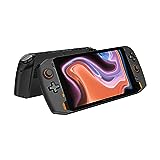