With this decree, Venezuela legalizes not only the Petro but also the purchase / sale of financial assets, mining, application, use and development of technologies, among other things.

In previous days we have been telling you how Nicolas Maduro is legalizing cryptocurrencies so that they can launch the Petro de Venezuela and be able to alleviate their hyperinflation. This December 8, the official gazette of Venezuela was published with Decree 3.196, in said decree it officially establishes the creation of the cryptocurrency superintendency.

In said decree its article No. 3 says:

"The purpose of this Decree is to establish within the policies of the integral development of the Nation and in a lawful manner, the regulatory conditions provided for in the Venezuelan Civil Code, the purchase / sale of financial assets, application, use and development of Blockchain technologies ( chain of blocks), mining, development of new cryptocurrencies in the country, in order to bet on an economy capable of maintaining social cohesion and political stability.

Initially it will seek to introduce this cryptocurrency through auctions or directly through the Superintendency of Cryptoactives of Venezuela, they have also said that once in the market, this currency will not be centralized and each user who owns this asset will be solely responsible. of its security, access and use like any other cryptocurrency.

In previous statements, President Nicolás Maduro said that he would seek that his cryptocurrency was supported not only by oil whose reserves amount to 300.878.033 barrelsbut also with gold and diamonds.

The Petro of Venezuela and Hugo Chavez

As an interesting detail is that the idea of ​​the Petro is not new, it was Hugo Chavez himself who announced his desire to create a currency based on oil reserves at a summit on March 30, 2009.

“… We have the idea of ​​an international currency. I am only moved by the idea, the petro, petromoneda. Well, that it is based above all on the large oil reserves that some countries of the world have ... " 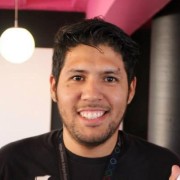 Mexican in Cantabria, video game lover, fanatic to the bone and passionate about technology in general. I'm not a programmer or a computer engineer, but that doesn't scare me to get my hands on both hardware and software. After work, I devoted all my time to mining, new video games and quietly recovering the gold lost in the conquest. WINTER IS COMING.