Because the surrounding area was ravaged by fires and is currently in a dry weather season, communities around Lake Tahoe in California and Nevada have decided do not do fireworks shows on the occasion of Independence Day from the United States. Instead, they have decided to use drones to minimize the risk of fires.

Drone shows are postulated as an alternative to shows in the night sky. they do not generate odors, nor do they bother with noise or flashes of light. And since they are still flammable and explosive objects, they carry less chance of a failure starting a fire.

Fireworks take a step back in favor of drones

The situation has prompted organizers to use drones to stage light displays at Lake Tahoe's Kings Beach on Sunday, July 3, and repeat it in Tahoe City on Monday night, July 4. But strong winds in the area forced planners to postpone both events.

In a statement announcing that the shows would take place on Labor Day in September, Tony Karwowski of the North Lake Tahoe Resorts Association said the decision to call off the shows was not an easy one. They commented that the predicted wind weather forecasts haven't changed in the last few days. Reports indicate a 98% chance that the drones will not be able to fly over the lake within safe operating limits. The drone exhibit at Incline Village on the north shore of the lake continues. The location of the exhibit at the local high school baseball fields is less exposed to gusts of wind.

Karwowski wanted to Celebrate Independence Day with light shows, as he believes they continue to be important to their communities. For her part, Katie Biggers, executive director of the Tahoe City Downtown Association, noted that fireworks come with their own list of known environmental impacts.

It's not like drone shows are anything new, either. They are widely used in China and Japan, and have already had shows in the United States. Drone light shows are postulated as a new business sector due to the possibilities they offer for all kinds of situations, including putting a QR code in the sky.

Russian woman raped by a Pokémon 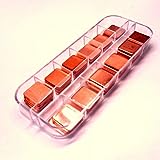 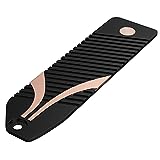 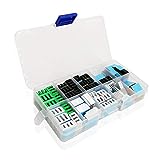