After the disappearance of the NVIDIA GeForce Program Partner, now the ASUS AREZ, the name of the family that was to contain AMD's GPUs, has disappeared.

One of the most passionate soap operas in recent weeks has had NVIDIA as the main actor. It was leaked that NVIDIA had developed the GeForce Partner Program or GPP, a program that allowed brands to associate and have privileges, such as receiving samples to develop custom models, before brands that did not sign, special prices, promotions and other things . That implied that whoever signed, had to leave their top-of-the-range line only for NVIDIA GPUs. One of those who signed was ASUS, who introduced AREZ.

THE INFORMATION IN THIS NOTE IS WRONG. ASUS HAS NOT CANCELED ASUS AREZ

ASUS charges AREZ before it even goes on the market

ASUS AREZ was nothing more than a sticker on graphics card heatsink fans, leaving its Republic of Gamers family for NVIDIA's high-end. Simple. Well, after the demise of the NVIDIA program, ASUS itself has posted on Twitter that AREZ is coming to an end, that all high-end AMD and NVIDIA products will be RoG. Thus ends a quite bizarre period in the world of hardware.

The ASUS AREZs have never seen the sunlight. No one has been able to see or buy one of these graphics cards and we only have one average photo. It could be said that 'dead the dog, dead rabies'

The NVIDIA program has been harshly criticized by some media and especially by users and in the end, NVIDIA has seen fit to back down and download that program, at least for now and that we know of, since the underworld of hardware, they are quite 'obscure'. NVIDIA may be compensating ASUS, as well as Gigabyte and MSI, who signed up for the bandwagon, with special promotions or something else similar. 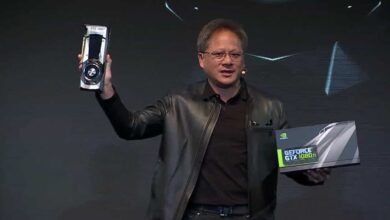 TSMC could experience delays in the 3nm lithography, than initially expected