Intel's situation in the processor market is truly horrible and could be a problem in the end for AMD. Although AMD is currently enjoying Intel's problems, these are worsening and could end up being a problem for AMD and TSMC, which makes the Ryzen 3000. But meanwhile Bob Swan, CEO of Intel, continues to talk about the quota 90%.

Intel currently has higher processor demand than its production capacity. This is because it relies on 14nm lithography since 10nm is not even close to being available. This without counting the ridiculous Core i9-10980XE processor, which is beaten by the Ryzen 9 3950X with fewer cores.

Swan during the Credit Suisse conference spoke about the 90% share. Indicates that they do not want to pursue the majority share of the CPU market, indicating that it would be 'detrimental' to the growth of the company. And to date it is or more sincere what the CEO of the company has said since he indicated that they had just freaked out with 10nm.

It highlights that the company had made a mistake in trying to get 90% of the CPU market share. This has led to a significant loss of opportunities and transitions. It indicates that they plan to achieve 30% of TAM of silicon, not CPU. The idea is to give up a bit of ground in the processor market and expand to other segments, such as GPUs.

Before the advent of AMD Ryzen processors, Intel had managed to reach 90% market share of x86 CPUs. Swan has even said that he is working to 'destroy' the idea of ​​90% CPU market share. The company now focuses on having a 30% 'all silicon' market share. It basically refers to GPU, AI, FPGA, CPU and other chips.

Having 30% of TAM which offers Intel more options to grow by being more diversified. The company works on the Nervana processor and they have focused their efforts on GPU Xe. They seek to gain market share in new sectors where they previously had no presence. This in turn indicates that Intel wants to give up some of its dominance of the CPU market in favor of AMD.

Second, we acquired 100% market share for smartphone modems and decided that we would build it on our fabs, so we took on even higher demand.

And thirdly, to exacerbate that, we delayed the 10nm and when that happens you build more and more performance on your latest generation - 14nm - which means there are a greater number of cores and a larger array size.

So those three - growing much faster than we thought, building internal modems, and lagging 10nm - resulted in a position where we had no flex capacity. 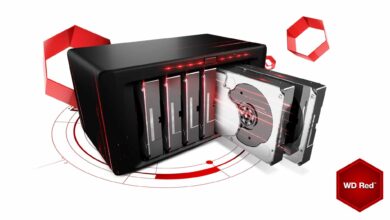 New plaintiffs against Western Digital over SMR technology for NAS 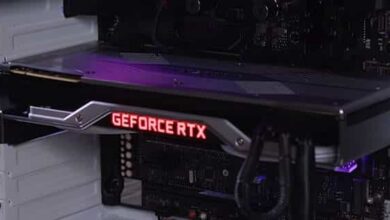 The NVIDIA GeForce RTX Founders Edition were going to have RGB LED lighting, but in the end, nothing