With these B650 motherboards, they hope to bring more reasonable options with remarkable features to the users. This new generation adopt PCIe® 5.0/4.0 x16 graphics interface and PCIe 5.0/4.0 slots M.2 with EZ-Latch technology, to make it easier and safer to upgrade graphics cards and M.2 SSDs. Its Twin Digital power of up to 16+2+2 phases, with the intelligent power stage of 105 amps and the printed circuit board of up to 12 layers; provide increased stability, optimal compatibility, and better performance for AMD Ryzen 7000 series processors.

Its advanced thermal design causes the VRM temperature to be reduced and stabilized for the power and performance of PCIe 5.0 slots and PCIe 4.0 M.2 SSDs to avoid performance drops. The shielding design of the SMD slots strengthens the reliability of the signals, in addition to the slot structure.

These B650 motherboards continue what was imposed by the series GIGABYTE X670 to offer users a complete line. From ATX to Mini ITX form factors. So you can choose the abse plate according to your needs, budget and preference for a good cost-performance ratio. The B650 adopts PCIe and M.2 EZ-Latch technology, while the B650E adopts the advanced M.2 EZ-Latch Plus for fast, screwless removal of M.2 SSDs. The PCIe EZ-Latch incorporates an easy access design for easy removal of VGA cards. Its enhanced SMD slots increase shear strength by up to 2,2 times for greater stability.

The GIGABYTE B650 Micro ATX, including Mini ITX models, include support for PCIe 5.0 M.2 SSD lanes to have great loading speed and performance on mini PCs or mini servers. For its part, the B650 AERO G has been designed for content creators and presents design concepts with VisionLINK technology, which enables data and video transmission based on USB Type-C interface along with a power supply of up to 60 W for high-end graphic displays.

In the case of the GIGABYTE B650, it features a Twin Digital power design with up to 16+2+2 phases. The Mini ITX B650I AORUS ULTRA model equips a direct digital power supply of 8+2+1 phases with each Smart Power Stage capable of managing up to 105 In its highest ranges, Active OC Tuner active overclocking is incorporated. With it, the CPU overclocking frequency and the number of operating cores frequencies and performances can be dynamically changed and adjusted for certain applications, to thereby enjoy maximum performance. 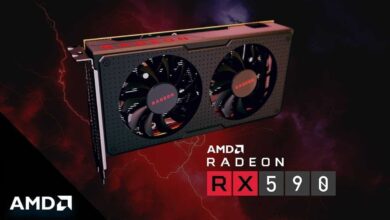 TSMC will produce more for AMD, but they will be SoC for the PlayStation 5