It has been leaked that MSI would be working on a new version of the RX 580, just at the moment when Polaris could have its days numbered.

Apparently AMD is solely focused on creating, developing and commercializing RDNA (Navi) solutions. A few weeks ago announced the RX 5500 and RX 5500M, although these have not yet reached the market yet. Well, curiously MSI would have decided to launch a new version of the RX 580. Specifically, images and data of a new MSI RX 580 Armor have been leaked.

The arrival of the RDNA architecture caused the company to shelve the GCN architecture. This architecture was already giving excessive problems, the performance was not good and the temperature and consumption are through the roof. This is because GCN was a hybrid between gaming and professional computing, while RDNA is 100% for gaming.

The silicon that mounts the RX 580 has 2 304 Stream Processors and is available in 4GB and 8GB GDDR5 versions. This graph offers us a base frequency of 1 257MHz and reaches 1 340MHz in Boost mode. The memories offer a 256-bit data bus and the memories work at 800MHz.

We must remember that the first RX 570 Armos was launched in 2017. This graphics card had two fans and the case was black with white details. We saw in 2018 the RX 580 Armor MK2 graphics card change the case a bit, being black and red.

Now the company would be preparing a new revision of the RX 580, the best-selling Polaris. This new version of the Armor will be based on a dual fan cooling system. The casing is completely black, quite plain. You could also use a new PCB, specifically designed for this new version.

It will have four video connectors, subtracting one video output. It is powered by an 8-pin connector. This graph does not yet have a market launch date and price. 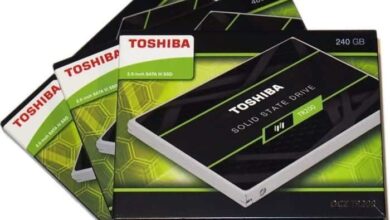 Toshiba: Announces the purchase of LITE-ON for a total of 165 million dollars

The PC market remains in sales as ASUS plummets