A few days ago, Intel announced that it had the 10nm manufacturing process ready, a fundamental manufacturing process for the new family of Cannon Lake processors. These processors with this new construction architecture will provide a significant performance increase and will lead to a significant reduction in energy consumption. These processors were initially expected for 2018, but with the arrival of AMD Ryzen it was speculated that they could arrive earlier, possibly later this year, but it seems that these plans have changed again.

Intel does not want to have problems when these processors are launched on the market, as it has happened with the AMD Ryzen. The president of the division of computers, Internet of Things and Intel processor development, Ventaka Renduchintala has commented that Cannon Lake may not reach the market until the middle of next year, starting the mass manufacturing process in early 2018. This ends With the information that spoke of 10nm processors in November / December by Intel and under the 10nm architecture, the launch of these processors was postponed at least six months.

We recall that 10nm represents an important evolution, allowing the implementation of up to 2.7 times more transistors compared to 14nm. These processors, always according to Intel, will have a manufacturing price 30% cheaper than the current architecture, impacting this on the price of the processors for consumers. Cannon Lake's performance will be 25% higher than current Kaby Lake and will have an energy savings of approximately 45%.

This could mean that Intel does not see AMD Ryzen as a problem at the moment. AMD Ryzen has shown problems in gaming, although the Ashes of the Singularity update has shown that there is still a wide room for improvement. Intel to compete in the field of Workstation would already be finalizing and finishing manufacturing the Kaby Lake-X and Skylake-X, HEDT processors, high performance, designed especially for heavy work and for gaming they already have the Kaby Lake, which could suffer another reduction in price. 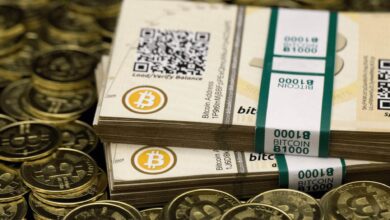