The biggest rivalry between microprocessors for smartphones has always been Snapdragon against MediaTek, the latter always being a little behind in performance, optimization and compatible technologies. However, MediaTek does not give up and continues to bet on innovation and the incorporation of cores to try to improve its result. Although this is sometimes not what is expected and ends up being a simple marketing technique.

The little that is currently known is what Digitimes has leaked based on the implementation of MediaTek's short-term plans. TSMC will be the manufacturer of these processors and both companies would remain faithful as they have done in recent times. The plans right now are to start trial production at 7nm from the middle of 2017, moving to mass production during the first quarter of 2018.

Although everything is still in the air and the data is not very conclusive, we can know that the size of a future 12-core processors will be less than the current Helio X30 and Helio X35, manufactured at 10nm. The configuration that could be used would be an update to Corepilot, which is in version 4.0. The upgrade would be based on three quadcore clusters that integrate all 12 cores.

It may seem like it's too hasty to get down to business with a 7nm architecture today having seen the many problems that companies developing at 10nm have had. However, Qualcomm will not be left behind, and while current technologies are being polished, new fields are already being explored in search of progress. 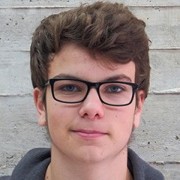 The AMD RX 500X Series confirmed on AMD's own website

Intel: Create the completely passive Chaco Canyon NUC thanks to a processor of only 6W

More benchmarks of the AMD Radeon Vega Fronter Edition, this time in games